January 23, 2015
In the past few weeks, the buzz in the media has been whether or not Major-General Muhammadu Buhari has the minimum qualification allowed by the Nigerian constitution to contest the 2015 presidential election. 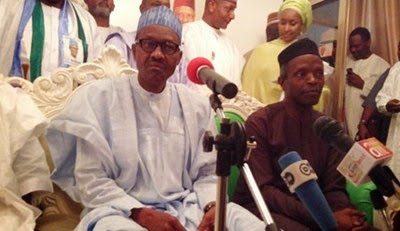 But the Army has since told the world that they do not have any of Buhari’s certificates.

This situation invariably means that Buhari lied on oath. And in order to mitigate the circumstances, he quickly asked his former school (now called Government College Katsina) to publish his school certificate. The school obliged him and published his statement of result (not certificate) few hours later.

With this, his political party (APC) released a statement that Buhari has satisfied Section 131(d) of the Nigeria constitution: “A person shall be qualified for election to the office of President if he has been educated up to at least school certificate level or its equivalent.”

However, Buhari may be qualified for the presidential elections but PDP has done well in exposing his inadequacies and in so doing created doubts and moments of awareness in the minds of Nigerians concerning, particularly, his integrity and ability.

Integrity:
Buhari’s integrity is at stake; he lied on oath regarding the whereabouts of his academic qualifications. He committed Perjury, which is a criminal offence.

If, in fact, Buhari was unsure of the location of his school certificate, the best place to get a certified true copy is the WAEC Board instead of the transcript issued by the Katsina State Ministry of Education. After all, it was Cambridge University/WASC that examined him and only it can issue an authentic certificate.

Besides, before the Army clarified their position, APC mentioned that Buhari attended military courses in Pakistan, Britain, and America etc. Buhari may have attended those courses but why didn’t he attach any of the certificates to his INEC form, or could it be that he didn’t pass the courses. It’s one thing to attend a course and another to pass the course.

Buhari also claimed that American War College confirmed to some people that he was awarded a diploma. But Buhari knows that it’s untrue since no School will ever release anybody’s academic result without that person’s consent. That is why he asked his old secondary school to release his result to the media.

Moreover, Buhari has all the while been parading himself as Mr Integrity; mouthing how he will fight corruption if elected. But the Army, by their clarifications, may have accused Buhari of corruption. Misrepresentation is corruption just like stealing is and Buhari could be charged with obtaining pecuniary advantage by deception.

Pecuniary advantage is a benefit that one wouldn't have had if he'd told the truth. And so, Buhari couldn’t have met the condition precedent of becoming a commissioned officer if the military knew that there was no school certificate in his Army file. It is glaring that Buhari knew about this situation otherwise he would have since accused the military of sabotage.

Ability:
The certificate saga gave the PDP an opportunity to inform Nigerians that Buhari is only educated up to school certificate level. By so doing, PDP could have established that he has limited abilities to administer Nigeria and so, why would the electorates hand over Nigeria to Buhari in these dire times?

In addition, Buhari’s defence; “I had assumed all along that all my records were in the custody of the Military Secretary of the Nigerian Army…” if true, shows that he lacks caution. A man who doesn’t know or care about the implications of swearing an affidavit may carelessly sign away Nigeria if he becomes President.

Perhaps, Buhari’s incapability could be why he allowed his deputy, Tunde Idiagbon, as alleged, to manage the country when he was the Head of State. And it may also be why he contracted some consultants to administer PTF (Petroleum Trust Fund) when he was the Chairman. In considering these allegations, it is pertinent to ask; who will be actually leading Nigeria if Buhari becomes President?

Overall, Buhari’s certificate saga has given insight into how in the 1960s, most Northerners, especially the Hausa/Fulani gained admission into Northern universities without school certificates; as they were classified educationally disadvantaged.

It has also revealed the preferential treatment given to the Hausa/Fulani in terms of employment without qualification and the impunity of promoting them without merit.

How about the current situation where a student from the South will not gain a university admission with over 200 JAMB points; while a Northerner with 100 points will be offered a university place. They had countless unfair advantages over Southerners.

Finally, the certificate Brouhaha has damaged the Buhari Brand since he didn’t nip it in the bud. To sum it up, an IGBO adage says: when someone is compelled to apologise over a slanderous statement he/she made on a previous market day; there is no guarantee that everyone that hitherto heard the statement will be present to hear the apology?

That was when the market square was the fastest place to disseminate information. But today, social media such as Twitter and Facebook, which Buhari has joined, can spread information as fast as the speed of light.

It is therefore in the interest of a politician not to allow any negative info about him gets to the social media, like PDP did with Buhari’s case. Be assured that apology doesn’t exist in this new market square.