If Thou Shall Not Judge How Shall Thou Forgive? 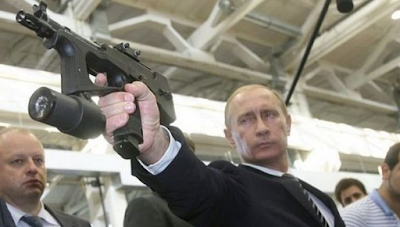 President Vladimir Putin of was quoted to have said; "to forgive the terrorists is up to God, but, to send them to Him is up to me". Even though President Putin may not have made that statement, this is one of such online statements that the author remains unproven, but has gone viral.

However, for the purpose of this write-up, let’s assume that President Putin made that statement. And so, the statement denotes that it is President Putin’s beliefs that the issue of forgiveness should rest solely with God.

In order words, forgiveness belongs to God and not to man.

Now, this becomes complicated. Thus, can anyone forgive a supposed offender without first judging the person? It’s unlikely.

In order to forgive, one must first establish that an injury has been caused. And it is only then that the issue of forgiveness or vengeance would arise. That’s judgement.

Hence, once an offence has been established, it is left to the offended whether or not to retaliate. And if he chooses against vengeance - that’s forgiveness.

Even in the law courts, a defendant is first adjudged guilty of an offence before the defence Attorney states his mitigation on behalf of his client.

All the same, if condemning a man as a sinner is the type of judgement that Luke 6:37 is against, then, Mr Putin would be right with his statement.

But, sending the terrorists to God for judgement, as suggested by Mr Putin, would amount to killing them, albeit, by law. And that would mean avenging the actions of the terrorists.

By doing so, Mr Putin could be going against the tenets of the bible, which states in Romans 12:19; “do not take revenge, my dear friends, but leave room for God's wrath, for it is written: "It is mine to avenge; I will repay," says the Lord.”

But, in the world of today where everybody is right in his own ways, it will be appropriate, in my opinion, to leave every judgement to God.

Moreover, the terrorists are already ‘heaven’ bound for their virgins. And therefore, every terrorist must be stopped by all means from taking some people along to heaven who are not interested in ‘heavenly’ virgins.

And if Mr Putin’s treatment is the only available option, I am for it.

Nevertheless, in Ome N’ala Igbo – my African traditional religion; it is; do me – I do you; God won’t be angry. Anyway, there’s a provision for forgiveness but, there’s limit to everything.

Finally, just to reassure Christians that I am not in anyway trying to denigrate their bible. But, it will be practically impossible to obey thou shall forgive and thou shall not judge at the same time.
Labels: Religion