The adverse side of social media on Children 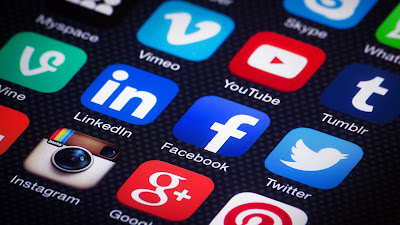 Recently I attended my son’s school play. Before the play commenced, the head teacher announced: moms and dads; if you take photos and record videos please don’t share them on social media.

A mother challenged the head teacher with a disagreeable – why? The teacher responded; you are free to advertise your child on social media but not other people’s children.

And that’s exactly what most people do without realising it. By posting your child’s photos on social media such as Facebook, you have inadvertently advertised him/her on the internet.

Some parents even have their children faces as their profile photos. Have you ever received a friend’s request with a child’s face as the profile photo? What’s that? It makes nonsense of the idea of Facebook.

I mean it’s not your child’s Facebook (face and records) but yours. Therefore, why have your child’s face on it? Why get your children involved in your personal affairs?

Possibly the teacher was indirectly telling us that it is not in the interest of the child to publish his/her photos on social media. We were simply reminded to stop doing those things we know that are wrong?

In addition, parents often share their children’s photos in their school uniforms. They may even detail the address of their schools or share the photos when their Facebook location is turned on.

What other adverse advertisement is worst than that?

Armed with the name and address of your child’s school that you unwittingly supplied online, a kidnapper would have enough information to kidnap your child for a ransom.

Moreover, the worrying aspect of social media is that you could lose total control of anything you post online. Even when you bring down the post, how about the copy and paste sharers?

Again, there are many people for certain who are not interested in social media. They simply don’t want to appear on them. Your child may become one of such people when he/she becomes an adult.

If that turns out to be the case and your child later asks; why did you publish my photos on Facebook? Obviously you will be unable to remedy the situation.

Perchance you didn’t publish your child’s photos and as an adult his/her question happens to be; why didn’t you publish my photos on social media? Well, very simple - here are your photos; publish them yourself – no worries.

As a result, it is your choice to live your life on Facebook and other social media. But give your child the opportunity to choose whether or not he would live his life on the internet. It is better to be safe than sorry.
Labels: Life