From Obama to Buhari: you are doing a good job; what good job? 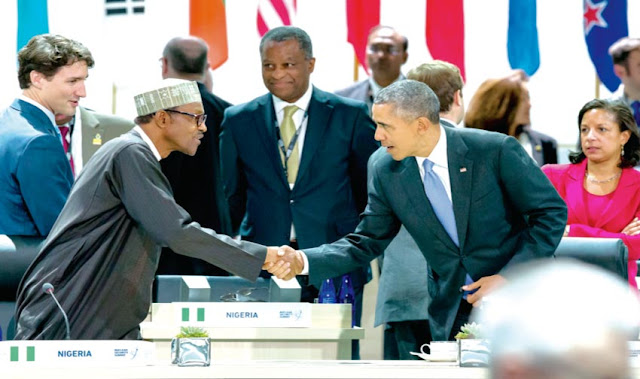 The duties of a country’s foreign mission (embassy) includes spying on its host country, albeit covertly. That is what the leaks by Wiki-Leaks suggest. And the most culpable of this clandestine move is every US Embassy.

Hence, when an American official or indeed the US President speaks about a country, he speaks from the information provided by the US Embassy.

As the heads of state were settling down for the meeting, Obama exchanged pleasantries with Buhari. While doing so, he asked the Prime Minister of Canada if he knew Buhari of which the PM affirmed. Obama added; he (Buhari) is doing a good job. Since then, the video of Obama’s appraisal of Buhari has gone viral on the social media, ostensibly been circulated by Pres Buhari’s media aides.

What a shame, if Nigeria got its acts together, as the most populous black nation, it should have been leading the struggle for the full liberation of Africans. Yet, president (Buhari) is busy seeking good ratings from the same source it should be demanding independence from.

Now, let’s consider some of 'the good jobs' that President Buhari is doing  - according to President Obama.

Democracy:
As an opposition presidential candidate, Buhari won the 2015 presidential election against the incumbent - Mr Jonathan. Buhari’s triumph was possible because the election was conclusive and adjudged ‘free and fair’.

However, since Buhari became president of Nigeria (29/May/2015); his administration has conducted about 3 elections and all of them were declared inconclusive.

Mr Obama, I guess these inconclusive elections conducted by Buhari’s administration are part of the good jobs that Buhari has been doing. Even though none of the presidential primaries currently taking place in Obama’s America has been declared inconclusive.

Economy:
Buhari’s Information Minister, Mr Lai Mohammed granted an interview to ThisDay Newspapers that the Nigerian “economy [has] gone out of Buhari’s control”. Although Lai tried unsuccessfully to retract his statement but since then, he has not been saying much – perhaps, he’s being restricted.

Since Buhari became president, the Nigerian currency (Naira) has depreciated by as much as 150% against the US Dollar. This is in contrast with Buhari’s campaign promise of bringing the value of Naira at par with Dollar.

The president doesn’t know if he will blame his predecessor or the falling crude oil prices for Nigeria’s current economic woes. Despite whatever he considers as the reason for the economic misery, what is apparent is; Pres Buhari has no clue of how to solve the economic problems facing Nigeria.

To buttress the above point, Buhari recently held all stakeholders economic summit to brainstorm on how to rescue the Nigerian economy. Well, this is an acknowledgment that indeed, the Nigerian “economy [has] gone out of Buhari’s control” – according to Lai Mohammed.

For once; Mr Lai did not lie. Ironically, the Messiah (Buhari) who said during the presidential campaign that he has the magic wand to save the Nigerian economy is now begging the people to save him. In other words, the people have to save the saviour before he saves them.

In addition, power outage has worsened since Buhari became president. Last week, power generation collapsed to zero (0) Megawatts for over 3 hours. This means that for 3 hours, there was no electricity anywhere in Nigeria. This is unprecedented in the history of Nigeria.

Moreover, there are acute shortages of petroleum products in Nigeria at the moment. Citizens can’t fuel their cars. The situation is so pathetic that the Petroleum Minister said that nobody should expect the fuel crisis to end very soon because he’s not a magician. 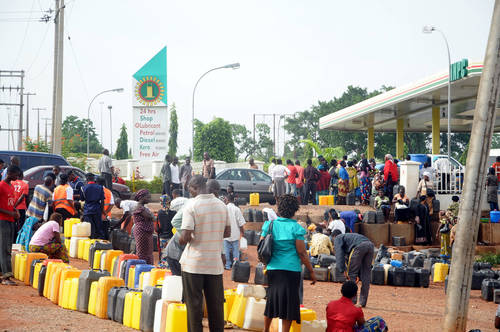 And these are Mr Obama’s idea of a president doing a good job.

I believe Obama’s General must have briefed him before briefing the Senators. And so if I may ask Mr Obama; is this blatant deception by Buhari part of the good job that he (Buhari) is doing?

In addition, the attacks by Fulani herdsmen have intensified since Buhari became President. The Agatu massacre, where over 300 women, children etc were killed is a typical example. 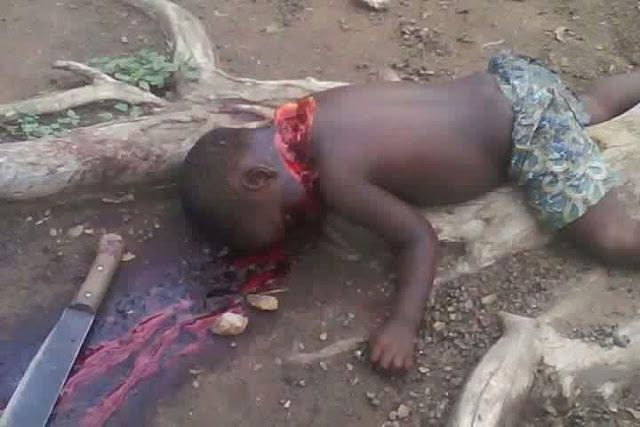 In other areas, women are raped by these herdsmen while their cattle destroy farm lands. And nobody has been prosecuted, perhaps because Buhari is protecting his Fulani brothers. Meanwhile, kidnapping is on the rise.

Human rights and Rule of Law:
Buhari has a history of human rights abuses and disobeying the rule of law. Before the presidential election, he pretended to have repented but that has proven to be sham. Under his watch, the military slaughtered Shiite Islamic adherents in Nigeria. Their sin was that they blocked the convoy of Nigeria’s Chief of Army Staff. 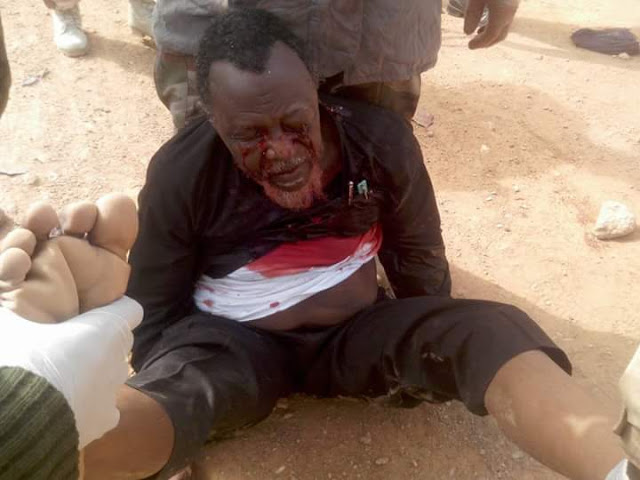 The house of their leader (Ibrahim Zakzaky) was destroyed. And since the man was arrested by the Nigerian military, he has never been heard from. It is hard to say if he is still alive considering the beatings he received.

Furthermore, the Nigerian Army killed scores of members of Indigenous people of Biafra (IPOB) who were peacefully demonstrating for the realisation of the sovereign state of Biafra. 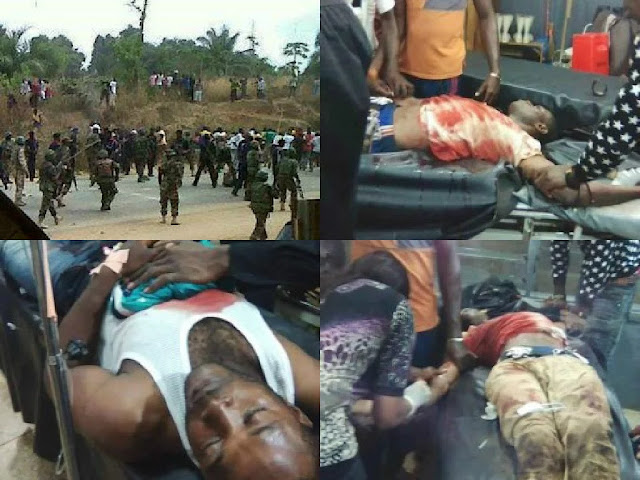 These are some of the killings that have been happening through the year old administration of President Buhari. Anyway, I won’t be surprised if Obama sees these massacres as part of good job Buhari is doing.

Overall, if Obama relied on the information supplied by the US Embassy in Nigeria in reaching his conclusion - Buhari is doing a good job, then, there are two things to it.

It is either the US Embassy in Nigeria has fallen for the deception that’s the stock in trade of Buhari’s administration, considering that their source of information could be from Buhari's propagandists or that Obama knows the truth and was just mocking Buhari.

In spite of what Obama thinks, Nigerian people know that President Buhari is not doing a good job – at least for now.
Labels: business Life Politics