Ikpeazu v Ogar: Re-Examining The Meaning Of ‘Beyond Reasonable Doubt’ 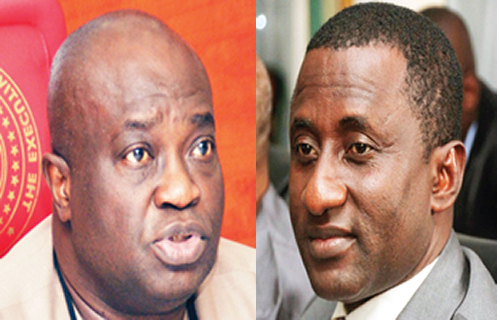 Thus, in advanced democracies, the test of ‘beyond reasonable doubt’ rests in the hands of a jury. These are 12 ordinary people selected to determine the innocence or the guilt of a defendant. They are not experts in law; they are selected based on literacy (ability to read and write), not being insane and devoid of any criminal record, etc. They look at the matter from the perspectives of ordinary people.

As such, the plaintiff must present his argument in such a way that it will make sense to these ordinary people (jury). Such argument must remove every doubt, regarding the matter, from the minds of the jury members.

As for the defendant, his duty is simply to create doubt in the minds of the jury. Obviously, if there’s a doubt, the jury must acquit, which means that the plaintiff has not proven his case beyond reasonable doubt.

Now, there is no jury system in Africa and particularly in Nigeria. A judge sits and determines a case on his own. What looks like a jury shows up from the Court of Appeal through to the Supreme Court where a minimum of 5 Justices sit to hear an appeal.

All the same, the same principle applies whether the matter is being decided by a jury or a sitting judge. The plaintiff must prove his allegation beyond reasonable doubt.

However, in the case between Gov Ikpeazu of Abia State and Mr Ogar, Justice Okon Abang of Abuja Federal High Court ruled that Gov Ikpeazu falsified his tax papers. And so, he directed that Dr Ogar should take over from Gov Ikpeazu as the person who ought to have been the governor in the first place.

First, a Lawyer representing a Plaintiff or a Prosecutor as the case maybe must establish a motive as to why he believes that the defendant committed the crime. But in this case, Mr Ogar and his representatives didn’t create any motive.

In fact, everybody in this matter, including the judge (Abang), Plaintiff and Defendant agreed that Mr Ikpeazu paid his taxes. Actually, Mr Ikpeazu was a teacher before he started working for Abia State government. Mr Ikpeazu must have paid his taxes through pay as you earn (PAYE) system.

And it is the legal duty of an employer to deduct employee’s taxes and remit same to the government. The employer would be held responsible if he fails to do so and not the employee; that’s the law. Therefore, if the tax authorities deducted Ikpeazu's tax at source; it means he paid his taxes; then why would Ikpeazu falsify his tax papers?

In whichever way the case is looked at, it is very clear that there’s no visible motive as to why Mr Ikpeazu would falsify his tax papers. This lack of motive apparently created a big doubt in the whole case.

As a rule, when there’s a doubt in a case the defendant ought to be acquitted. And that means the plaintiff did not prove his case beyond reasonable doubt. But Justice Abang didn’t observe this doubt or perhaps he chose not to see it in order to rule in favour of the plaintiff.

Anyway, the Court of Appeal has since set-aside that judgement with so much rebuke of Mr Abang. They accused him of raping democracy for ordering that Dr Ogar should be sworn in as the governor of Abia State.

In addition, the Court of Appeal accused Mr Abang of turning the law upside down when he ruled that the burden of proof is on Ikpeazu. “With respect, we disagree with him (Abang) in this conclusion because it is the person that makes allegation of falsehood that must prove it.” Even a layman knows that an ‘accuser’ must prove his allegation.

Furthermore, the Court of Appeal highlighted that “the judge must have sat in his chamber, unilaterally assessed and computed the tax of the appellant and came to the conclusion that he did not pay the required tax. But let me say that courts are not allowed to speculate as the trial Judge has done in the instant case.”

Obviously, the Appeal Court was inferring that Mr Abang ought to have subpoenaed the Abia State tax authority in order to verify if the tax document in question emanated from their office. Rather, Mr Abang chose to hold Ikpeazu responsible for the discrepancy found on his tax papers, which Ikpeazu claimed was issued by the Tax Office.

In all and based on the reasons given by the Appeal Court in setting aside Mr Abang’s judgement, it is absolutely clear that the Plaintiff (Mr Ogar) didn’t prove his case beyond reasonable doubt in the first instant.

Nevertheless, there’s a very clear MOTIVE why Mr Abang chose to ignore a HUGE DOUBT established in this case. According to the Court of Appeal, “Mr. Abang embarked on a wild goose chase when he attempted to help the plaintiff. Without mincing words, Mr Abang was biased.
Labels: Life Politics