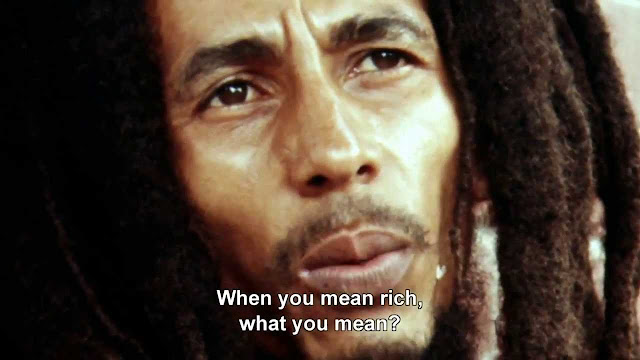 While on a visit to Johannesburg, South Africa to see a friend who transacts at Sandton city; a big argument was going on over who has more money than the other as I walked into his office. My presence kind of punctured the argument resulting to the other party leaving the premises. My host then turned to me and asked; does money talk?

To be honest, I was dumbfounded. I didn’t know how to respond. But in the search for an answer I said to myself; I have heard about a popular saying - money talks; bullshit walks. Based on that it means that money can talk.

Again, for money to talk; it must have a mouth. As I was deliberating within myself, suddenly, my host interrupted my deep thoughts with the answer to his question. He simply said – money does not talk; humans talk for money. He added; welcome to J’bourg – what a welcome, I chipped in.

However, after our discussion, I went back to my hotel room and started pondering over his question (does money talk?) and his answer (money does not talk; humans talk for money) until I dozed off and then woken up by the room intercom.

By now, few of my kinsmen who reside in J’bourg were waiting for me at the lobby. I’d promised to have a dinner with them at the Sandton City Shopping Mall. Then it crossed my mind, this is the time I must put to test whether or not money talks.

After exchanging pleasantries with them; I said I am sorry we will have to reschedule our outing. The reason, I explained, was that I don’t have money on me. I didn't receive the money that I was expecting. Few minutes elapsed, nobody said anything, and obviously they were disappointed.

By the way, does the eatery accept credit cards, I enquired? They said yes. If that’s the case let’s go I will pay with my credit card. After our meal I requested for our bill. The waiter asked; are you paying with card or cash? One of my kinsmen replied – card; but I said cash, and I paid with cash.

One of them couldn’t swallow his curiosity; he wanted to know why I initially told them that I didn’t have money. I was carrying out an experiment, I responded. What experiment? Well, before you get a further answer let me ask you; does money talk? They chorused yes!

But the money I had in my wallet didn’t say anything when I told you people that I didn’t have it. I’d expected the money to say something like; he’s lying I am here. It remained silent until I brought it out to settle our bill. Perhaps that was the time it started talking.

I continued; there are some facts that you don’t notice until your attention is drawn to them. Anyway, today my attention was called to the fact that money doesn’t talk; humans talk for money. Truly, money won’t talk except the holder decides to talk on its behalf.

For instance, when Mr A says that he’s richer than Mr B, obviously, his assertion is based on the totality of his wealth, which he must have assumed is greater than Mr B’s; especially, if Mr B hasn’t made his worth known to anybody.

Moreover, Mr A’s assumption of Mr B’s worth may be as a result of his lifestyle when compared to Mr B’s. Mr A drives a Range Rover Vogue and lives in a big house while Mr B drives Nissan Micra and lives in a modest house.

Mr A’s priority, perhaps, is to live ostentatiously whilst Mr B chose to hide his wealth at Panama or some other offshore jurisdictions, which may worth more than everything that Mr A owns.

To buttress my point, the recent revelation by the leaked ‘Panama Papers’, showed that loads of people have so much money that were hidden from mostly tax authorities, at Panama. These moneys didn’t tell anybody that they are at Panama because their owners didn’t speak on their behalf.

So, anytime someone says that he’s richer than you are, remember he’s saying so based on his worth and what he assumed is your worth. Or when he says he has a better achievement than you do. Again, remember that his conclusion is based on his definition of achievement. What he considers as an achievement may be irrelevant to you.

By the way, today is my son’s birthday. He’s 7 years old. A few days back he wanted an expensive item as a birthday present. I told him that I don’t have money. He said, but I saw money in your drawer.

Yeah? What did the money say? I asked him. He looked at me for a few seconds and replied that it didn’t say anything. Then, I asked him to go back to the drawer and ask the money whom it will buy something for; you or Daddy?

My son quipped, daddy; money doesn’t talk. Exactly my son, but money hear and obey; so I will tell it to buy your birthday present.