Nigeria’s Airports’ Officials: The Pretenders; The Troublesome; The Beggars 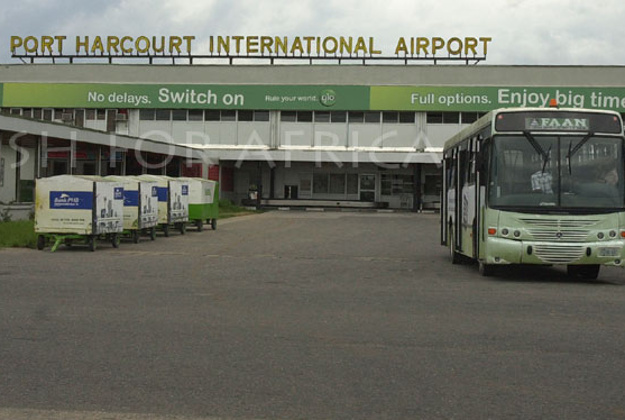 Travelling to a new country is usually an experience worth savouring. The anxiety of not knowing what to expect from airport officials, especially when you are travelling on a Nigerian passport, adds flavour to your expectations.

But, when you are travelling to Nigeria on a Nigerian passport you ought not to worry about the kind of treatment you’ll receive from airport officials? It’s true in an ideal world only that Nigeria is not an ideal world and so, you need to worry.

And so, last week as I boarded my flight to Port Harcourt (PHC) International airport – Nigeria with my 6 year-old son for a week’s visit (mid-term break), anxiety was on my mind. I was worried because at any Nigerian airport, there are loads of officials who pretend to do their jobs by being troublesome in order to extort money from you and when that approach fails they turn to beggars.

Meanwhile my son was jumping up and down in the plane because, according to him, ‘I am excited that I am going to Umuahia – Africa.’ Then he asked me, how about you Daddy? I answered Yeah. In fact, I was not really excited because we were travelling on expired Nigerian passports.

However, some people who desperately needed the passport decided to apply and pay the extra costs for the 64 pages. But when they went to collect their passports they were issued with 32-pages instead of the 64-pages they paid for. To make matter worst: no explanation; no refund. The people decided to bring down the Embassy building until police was called to calm down the situation.

That being the case, I decided to forget about the renewal of our passports and wrote a piece that I called - Doz Dilemma: I Can’t Renew My Nigerian Passport

Anyway, upon arrival at Port Harcourt airport, the immigration officer took my passport and after examining it, the following dialogue ensued.

Immigration officer: your passport is expired
Me: Yes; I know
Immigration: You knew and you travelled with it
Me: Yeah because I won’t be breaking the law if I am returning to Nigeria with it.
Immigration: who told you that; are you trying to teach me my job? Travelling with expired passport is against immigration law.

Me: depending on the circumstance; obviously, I will not be allowed into other countries on an expired Nigerian passport despite that I may have a valid visa. In that case, they will send me back to Nigeria. If that happens to be the situation, where will you send me to? Biafra I guess?

You are trying to make things difficult here. I believe you know that what I really need to come into Nigeria is an I.D to prove that I am a Nigerian. The fact that my passport has expired doesn’t mean it was not issued by Nigeria and so, cannot serve as an I.D.

Furthermore, at the Air France check-in desk at Heathrow airport, a woman behind the counter raised the same issue of expired passport. I told her not to worry because last month, at PHC, the immigration allowed a copse on an expired passport into Nigeria. Therefore, if they could allow a dead-man with a dead passport into the country; why would they stop a living-man from entering the country?

The woman said that Air France would be fined if there’s a problem with my travelling documents and not me. Hence, she had to confirm with her boss who gave her a thumb-up to issue the boarding pass.

The immigration officer looked at me for a while, thereafter he asked me to give him some money for the weekend; it was a Friday. I hope it’s not a bribe I asked? He said it wasn’t a bribe but something for the weekend. He got N2000 (two thousand Naira).

I waited a few more hours to collect our luggage. Then, there was no trolley at sight so I enquired where to get one. A young man appeared with a trolley. He said the fee for the trolley was N1000. I wondered why I should pay to use the trolley when I have already paid airport charges.

All the same, I paid the money and loaded my luggage. But before I could throw a step, a man in plain clothes emerged from nowhere. He said; give me something for the weekend and nobody will open your bag.

Please who are you I asked; a custom officer he replied. Sir, my luggage contains personal items… he said I know and that’s why I want to save your time. Soon somebody behind me whispered into my ear to settle the man otherwise his ‘boys’ will turn my luggage upside down under the pretext of searching the suitcases.

I looked at the man again and said to him; you are not wearing any uniform, so how do I know that you are a custom officer. He didn’t want to say much again and so, he commanded the trolley-man to wheel my luggage out of the building. Then I knew he was the boss for real since those uniformed officers didn’t stop us. I gave him N2000.

After loading the suitcases into the car the trolley-man demanded for his fees. What fees again I enquired. He said that his service charge is not included in the N1000 that I paid which was solely for the trolley. I gave him another N1000.

It was unbelievable the way things were happening at the airport. There was no sign anywhere that passengers ought to pay for trolleys. Even, you are not allowed to touch the trolley you paid for because all the trolleys are in the hands of the trolley-men (porters).

At least, I ought to have been given the opportunity to decide if I needed a porter than cunningly foisting one on me. Anyway, I was happy to be out of that airport and arrived safely in Umuahia.

A week later we were back at the airport on our way back to London; but this time with a renewed Nigerian passport. After ticket and passport formalities with the airline, it was another time to face those airport authorities.

There was this long table where you have several uniformed people dipping their hands into your luggage in the name of searching for whatever. Then, there was this particular woman who is always at the airport every time that I am travelling. She works for ‘Quarantine’ – whatever that means.

I believe she kind of recognised me. And I had some food items which fell within her department. She called me aside in her usual manner to advice me the best way out. She asked me to pay N3000 and get a certificate that I will show to the people over there. Over where? She said over there in London. She got N3000

Thereafter, I ignored every begging until I got to the immigration desk. The officer examined my passport and said; this is a new passport. I said yeah. Then he asked where the old/expired passports were. I said perhaps I have checked them in. He said I need to see them. I said you don’t need to see them because when I came in last weekend your people didn’t want to see them. So, why do you want to see them now?

He asked me to step aside. I told him that I will not step aside except he wanted the whole airport to hear our voices. Moreover, I will not hesitate to call that number President Buhari asked Nigerians to call if there’s corruption in the air. He asked me what number? Forget about the number and stamp those passports. And he stamped the passports.

Finally, I scaled through all the security checks and thought I was done with those beggars. I went to the toilet to ease myself and suddenly there were about 4 young men (cleaners). They were talking at the same time. Oga (boss) here’s toilet paper, soap is here, let me open the tap for you, at the end of it all they chorused; anything for the weekend for us. And these things were happening in the presence of foreigners.

In the end we boarded our flight, throughout the flight I wondered what those white people (passengers) thought about our people’s begging behaviour - Only God knows.

Nevertheless, we arrived safely and while unpacking my stuff I saw that certificate the Quarantine woman gave to me. Then it occurred to me, apart from immigration, I didn’t see any other ‘officer’ at Heathrow airport talk-less of whom to hand over the certificate to.

Em… before you pack your baggage with illicit materials and head to Heathrow airport because I said there are no ‘officers’ at the airport, please there are ‘officers’ oooh. The difference is that a computer will examine your baggage and tell the ‘officers’ if there’s something it doesn’t like.