Battered, But Resilient: The Citizens of Nigeria 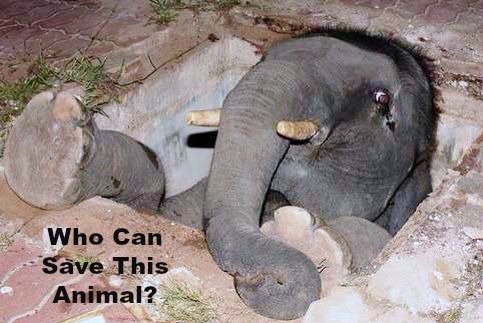 Lord Byron, a British Poet, once wrote; “though I love my country, I do not love my countrymen.” He didn’t love his countrymen because, in his thinking, they didn’t understand him, especially when Lady Caroline Lamb described him as “mad, bad and dangerous to know”.

Hence, my countrymen are battered daily by the same country that ought to protect them. The funds meant to provide basic amenities for my countrymen are siphoned by government officials. As such my countrymen are left with ill-equipped hospitals; substandard schools; no electricity; poor road network, etc. The list is endless.

But when they fall ill, the country (oppressors) – from the president down the hierarchy of government travel to Europe for a state of the art medical attention. Meanwhile, my countrymen are left to die in dilapidated hospitals littered around the country. The oppressors enjoy their uninterrupted power supply from state sponsored generating sets, while my countrymen wallow in darkness.

The oppressors (the president & co) together with their families fly presidential jets (about 10 in the presidential fleet) while my countrymen often meet their untimely deaths on roads full of potholes; roads even bulldozers will complain about. These are some of the things that will never be tolerated in any other country, not even in North Korea, but has become a norm in Nigeria.

The brutality against my countrymen doesn’t end with government officials who have stolen their commonwealth. It continues in Churches around the country. In the search for the end to their poverty and disease, which government and hospitals failed to cater for; my countrymen gravitate towards Churches.

One would assume that the supposed house ‘God’ will be sympathetic to the plight of my countrymen. Wrong again. The pastors dispose of them the little money they desperately needed to take care of their families. The deception is carried out in the name of paying tithes and sowing of seed.

For instance, AIRTEL - my mobile network, deducted the sum of N400 (naira) from my calling credit for what they called mega service. I didn’t subscribe for mega service and didn’t know what it was all about. So I called AIRTEL call centre and to my amazement the girl/operator didn’t know what mega service was as well. I therefore demanded to be refunded, but was told that the money was non-refundable. I found the whole thing very strange.

Nevertheless, I complained to a few people about my predicament with AIRTEL. They laughed over it. ‘Oh all the mobile networks are guilty of the same sin. They deduct money from your calling credit as they like – we are used to it, just accept it’. Accept what? I won’t accept it. What are you going to do about it - the fellow asked? Nigerians are tied of complaining, in fact, the government doesn’t protect us from these rogues that operate as mobile networks in Nigeria.

I said to him my case is quite different from yours. Listen, I am going to borrow enough calling credits from AIRTEL that will cover my N400 and the cost of a new SIM card. After exhausting the credit, I will discard the old SIM card. And that was what I did.

All the same, in the face of these hostilities my countrymen remain resilient. Nigerians in general are hardworking people. The road to being successful in Nigeria is like squeezing out water from stones. Businesses provide their own electricity, water, etc. Any business that cannot make provision for these essential amenities is dead on arrival.

For example, I went to barb my hair only to see my barber idling away because there was no electricity and his generating set has broken down. I equally felt dejected. We started discussing the difficulties in Nigeria. He made a resounding statement, ‘Oga’ (boss) I will become a millionaire from my barbing business if I have constant electricity. That was a serious indictment on the authorities in Nigeria.

As I left the barber, I wondered how many millionaire barbers Nigeria would have produced if there was constant power supply. Even if the barber’s assessment was exaggerated, at least, all the barbers will be able to take care of their families if electricity was constant in Nigeria. This is also applicable to every business that relies on electricity.

From the barber’s shop I walked to a makeshift market (Isi-gate) at Umuahia, capital of Abia state to buy some fruits. Along the road, I saw so many happy hard working young and old people (mostly women) hawking all sorts goods. They were taking the hardship with a smile – God bless them.

On arriving at the market hell was letting loose. There was commotion and I noticed a particular woman crying uncontrollably. I went to her to know exactly what was happening and why she was crying. She told me that the commotion was caused by Umuahia North Local Government authorities. They were confiscating traders’ wares because they were not allowed to trade in the area.

The woman continued that her husband works for Abia state government, and that he is owed 6 months salary arrears. Now, trading in vegetables is the only means through which her family will feed. Her cries intensified as she narrated her ordeal. I became emotional myself, in the end I gave her the money she lost just to calm her down.

In fact, there were other women who lost their wares but were not crying. The reason one of them gave was that they were used to it. How can you be used to your goods being destroyed all the time, why don’t you go to somewhere else and trade. The woman laughed sarcastically, and asked; where?

Besides, the most unfortunate thing about the battering my countrymen go through within the Nigerian system is that everyone has accepted it as a norm. But madness has its limit, except that the country – Nigeria has failed to understand that when you push a man to the wall, he can only but turn back and fight. Hence, there will be no escape for the country the day my countrymen decide; enough is enough.