Tithe Is Used To Support The Church, Priesthood And For Works Of Mercy 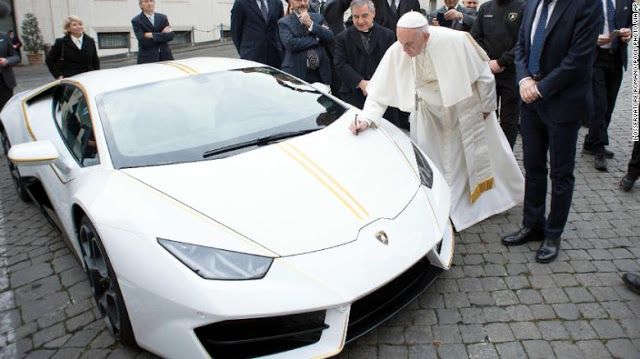 It is my opinion that the payment of tenth (tithe) or more is very essential in order to support charitable organisations, which include Churches, etc. But there must be accountability.

Our society needs charities to complement governments in the provision of social amenities, and most especially in the care of the less privileged. For instance, I attended a secondary school that was setup by the Methodist Church. During that period, also, most of the schools in Nigeria were established by Churches, such as Catholic, Anglican, Baptist and etc.

These Churches also setup hospitals, including specialised clinics such as the Leprosy Centre at Uzuakoli in Abia State, which was established by the Methodist Church. Both the rich and the poor attended these schools and hospitals. In fact, scholarships were ‘forced’ on the poor to entice them to enrol in schools.

Now, where did these Churches get the money to setup these institutions? The answer is from tithes and donations, etc. After paying the salaries of their Priests, the remaining proceeds from tithes are put to a good cause.

Moreover, these Churches competed among themselves in providing social amenities to the people, and perhaps that was why they succeeded in converting majority of Africans into Christianity. And Christians, then, freely paid their tithes without coercion, unlike what is happening these days.

Another example of how tithes are used for the works of mercy:
Few days ago, Pope Francis received a white-and-yellow personalised Lamborghini sport car that worths about €200,000, perhaps as a tithe. He signed, blessed and delivered the car to be auctioned, and the proceeds to be used mainly to assist Christians who lost their homes to ISIS in Iraq and Syria.

That is how tithe is deployed – “for works of mercy”. However, if it was a Nigerian or another African Pastor who received the Lamborghini, it will add to his fleet of cars in addition to his private jets. Then the Pastor will justify his actions by telling everybody that the car or the Jet is a gift from his Church members, in addition to lecturing us how Abraham paid tithe to Melchizedek.

Yeah, at least Pope Francis has told us what a Pastor should do with expensive gifts – sell them and use the proceeds to look after the less privileged.

Therefore, Europeans donate or pay their tenths to charities, not as a religious obligation since most of them don’t go to Church – their Christianity ends with Christmas. But because they’ve seen how Charities help drug addicts, homeless people, the works of Cancer research – for cancer cures; the works of mercy of Neonatal Clinics – for premature babies, etc. And in the end they will deduct their tenths/donations to Charities from their tax liabilities.

Donating money to Charities in the UK is a way of life. It will be hard to see someone who doesn’t support a Charity, maybe some Africans. To be fair, most Africans pay double tax in the UK. They pay their mandatory 20% to the taxman and another 10% to their Pastors. They don’t deduct their 10% tithes from their taxable income, either out of ignorance, or perhaps for the fear of Malachi 3; why do you want to rob God?

Furthermore, the law states that the maximum amount anybody can donate to Charities is 50% of his income. In other words, you are not limited to Moses’ 10% (tithes). And so while filling your tax return, you simply state how much you donated to Charities and the name of the organisations – say £2000 to Church of England.

In the end, the taxman will know how much each organisation received as donations. These organisations will therefore state how they disbursed the donations when filling their returns. No charity dares state in their returns that they bought a private jet for their General Manager or General Overseer; with whose money? Other people’s donations; money meant for the poor; you will go to jail.

And since there is no accountability in Nigeria and other African countries, Churches become frivolous with offerings, tithes and donations. These African Pastors buy private jets, Rolls Royce and other exotic cars with funds meant for the poor. They build expensive universities and hospitals that the poor cannot afford, but the rich.

Nigerian government needs to tighten its law on Charities to prevent the magnitude of fraud happening in the ‘house of God’. The so called ‘men of God’ should be made to understand that a charitable organisation is a separate entity distinct from its trustees. Otherwise Pastors/Churches must pay taxes on their income and live ostentatiously as they feel. Anyway, the gullible has begun to realise that Christianity is nothing, but a big SCAM.

Clearly, tithe (tenth) according to biblical teachings and other definitions is “an obligation or tax for the support of the church, priesthood and for works of mercy”.
Labels: Religion