A Pastor Is A Motivational Speaker Than A Man Of God 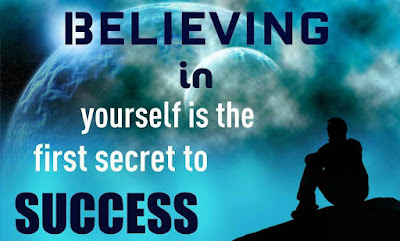 I briefly found myself in a Church after many years. And it was exactly at the time the Pastor was delivering his sermon. The pastor was a vibrant young man, his eloquence was remarkable.

But what particularly drew my attention was the theme of his sermon – “putting the right peg in the right hole”. In summary, he argued that if you don’t do the right thing, don’t expect God to answer your prayers. In other words; “heaven helps those who help themselves”.

Thereafter, I said to myself, this Pastor is a motivational speaker than a man of God. And I believe most Pastors are like him. In this instance, the difference between a professional motivator and a Pastor is that the later claims to be speaking for God.

Listening to this Pastor reminded me of what I read from Rhapsody of realities – a journal published by Pastor Chris of Christ Embassy. He wrote; “if you don’t like the way things are around you; you can change them”. The statement was inspiring.

He was trying to say that any situation can be changed. And thus, don’t have a defeatist mind. Therefore, by saying that you can change your situation is simply to get up and do something about it. Just like the first Pastor who told his congregation to put the right peg in the right hole.

I totally agreed with Pastor Chris in that regard. All the same, I emailed a question to him; if someone tries everything within his ability, and yet his situation remains the same, what advice do you have for him?

Also, I reminded Pastor Chris of the predicament of the biblical Job. Despite that God called him a righteous man, Job did everything to change his situation, but failed. According to the bible, his situation was that way because God wanted to prove a point to Satan.

Hence, once God has a hand in your situation, no amount of prayer, not even a thousand Pastors or motivational speakers can help your situation. However, Pastor Chris replied me that I should read the bible with open mind. I took that to mean he didn’t have an answer to the question.

Moreover, in Igboland – West Africa, we have a proverb that’s like Job’s case. To paraphrase – if you try to change your situation and your ‘CHI’ (God) says no; nobody should blame you.

All the same, following the instruction of a Pastor could lead to success. Now, this success would be attributed to the work of God. And so, the congregant would be expected to repay God, either through the payment of tithes or through donations.

Likewise, if a professional motivational speaker gives the same instruction as the Pastor, and it is followed, the result will be the same – success. But the Motivator will not attribute the result as the work of God.

The difference here is; the motivational speaker is a professional who is paid an agreed fee for his services. While a Pastor is a man that eats from the tithes and donations given to God.

Again, in the long run, the Pastor stands to gain more money than the Motivator without religious attires. The Motivator is paid once while the Pastor collects indefinite weekly tithes from his Church members who are willing to come to church every Sunday to listen to the same story.

By the way, it will be more gracious to religious people to know that their reward came from God than from man. And that’s why a motivational speaker will dress like a Pastor to do the same job he would have done without wearing religious garbs.

In addition, I know that Pastor Chris and other Pastors counsel their church members who encounter marital problems. Sometimes the advice from the Pastors work for the couple. Will they also say the success of the counselling is from God?

Pastor Chris is divorced from his wife. So, if the success of his marriage counselling is from God, I suppose he should still be married to his wife. Or is it a matter of a physician cannot heal himself?

Overall, there are certain things you can do yourself without bothering God. Something like putting the right peg in the right hole. And if you need help in the choices that you make, remember, a professional Motivator may be cheaper than the motivational speaking in a religious garment.

Finally, before anyone tries to read me wrongly, let me emphasis that I totally believe in God. I also believe that miracles do happen.
Labels: Life Religion