Religion; “a specific fundamental set of beliefs and practices generally agreed upon by a number of persons or sects.” - dictionary.com. 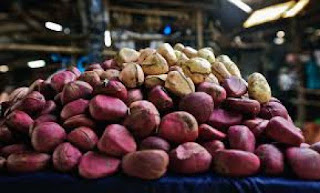 Let me simply put it this way – religion is a way of life. This being the case, just like any other agreement, laws and punishments are usually put in place to enforce the agreed beliefs – do this; don’t do that.
But in Igbo land and Africa in general, there seem to be a misunderstanding that Igbo tradition is a religion like other religions such as Christianity, Islam, Buddhism, Hinduism, and so on.
As most Africans are ill-informed that our tradition is our religion, you often hear some traditional rulers say they are Christian traditional rulers. That sounds like a conflict of interest in my opinion.

Now, let me use Nigeria’s religious situation to broaden this topic. Nigeria was colonised by Britain. And it was during this period that the European missionaries introduced Christianity to the people.

However, in order to properly administer Nigeria, the British recognised 3 legal systems for the new country. They created English legal system which is basically common law and later, equity. This law is enforced by the English styled courts.

The British allowed the Sharia legal system to continue in the northern part of Nigeria. Before the British, Usman dan Fodio had already conquered the indigenous people of northern Nigeria – Hausa people.
He established the Sokoto caliphate and replaced Hausa tradition (religion) with Islam and its Sharia law. Sharia courts enforce Sharia laws.

Other cultures of Nigeria, including the Igbo tradition, were also allowed by Britain to continue. They fell under the Customary legal system, and enforced by customary courts.
But taxes and criminal cases fell within the jurisdiction of the English law as practised in Nigeria. This is the situation till date.

The customary law like Sharia law covers areas such as land, marriage, divorce, birth, death, and so on. These matters are heard at the customary courts based on the beliefs of the people, their religion. There’s even a customary court of appeal.

Let’s look at Islam and Sharia legal system. The Sultan of Sokoto is a traditional ruler (King) and the custodian of the tenets of Islam, which is governed by Sharia Law.
Islam is his religion; his tradition; his way of life like he claimed when he was speaking against a proposed law that will grant women equal opportunity with men in Nigeria. Besides, there will be nothing like a born-again Sultan of Sokoto.

Nevertheless, in Igbo land the reverse is the case. Igbo Christians still believe in Igbo tradition. Though they want to be Christians, but in the end they are neither Christians nor belong to Ome N’ala.
Like Albert Einstein noted; “a perfection of means, and confusion of aims, seems to be [their] main problem.”

It happened in Warri, Delta State – Nigeria about three years ago. The OLU of Warri (King of Warri) declared that he has become a born-again Christian.
Well, there was nothing wrong with that. His decision was within his right to freedom of worship.

In addition to his decision to become a born-again Christian, the OLU of Warri decreed that the custom of the people will be discarded, including the destruction of their deities.
The people invaded the Palace and asked him to vacate the throne. They told him that he cannot be a Christian and the head and custodian of their tradition; their religion.

By the way, it can be argued that our tradition/religion can be changed since it was an agreed practice, but not unilaterally. In the end, the OLU saw reason with his people and succumbed to their wishes.
He abandoned Christianity and returned to his stool after realising that Africa Tradition is a religion just like Christianity.
Labels: Life Religion